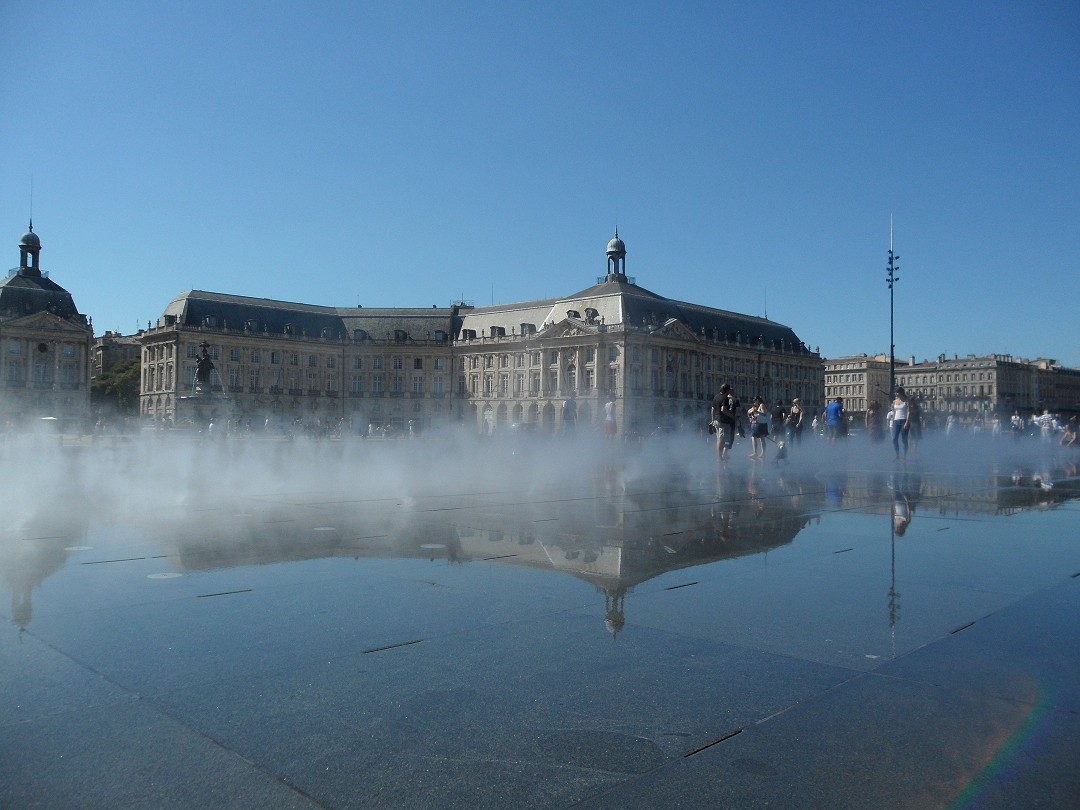 Short break for group in Bordeaux

The price does not include

Come visit and discover Bordeaux during a group weekend or a group stay. Seventh largest city in France, Bordeaux is a blend of history, traditions and southern culture. Rich in tourist attractions, Bordeaux can be discovered during a stay. Epicenter of the Bordeaux region, capital of New Aquitaine, bordered by the Garonne, Bordeaux is an open city facing the river. It offers visitors alleyways with a medieval layout and a port of the Moon, now a UNESCO World Heritage Site.

In Bordeaux, the cultural heritage is an integral part of the city.

In order to make the most of all that the city has to offer, we welcome you in the heart of Bordeaux, near the airport or on the outskirts of the city and we organize, with you, your tour . You will be able to discover at your own pace and visit the essential sites of the capital of Aquitaine.

Guided tours of Bordeaux will seduce you with their diversity and originality. Guided tour of the city on foot, by coach or by boat from the river …

Visit the Cité Mondiale du Vin: Enjoy a panoramic view of Bordeaux and discover the wines of the world.

Discover the largest reflecting pool in the world by strolling along the banks of the Garonne.

Proud bastion of 18th and 19th century architecture, Bordeaux can be discovered through its Esplanade des Quinconces and its Porte Saint-Eloi, while tasting a cannelé, a typical pastry from the Bordeaux region.

City of architectural, historical and gastronomic wealth, Bordeaux offers visitors a soothing and pleasant place to spend your stay. 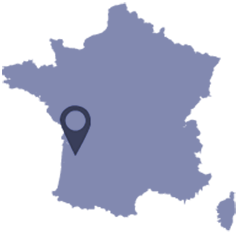 Bordeaux, the ancient Roman “Burdigala”, inseparable from its vineyard … shines amply in its stone adornment to dispense with artifice. Capital of wine, it is also endowed with great historical and architectural wealth: the Palais de la Bourse and the Hôtel de Douanes, the Grand Theater, the Gardens of the Palais Rohan, the Cathedral, the Place des Quinconces, the Place du Parliament, the Place des Grands Hommes, the Grand Théâtre, the Allées de Tourny, the Place Pey-Berland as well as the many 18th century mansions, in the heart of the city center, participate in the elegance of the Aquitaine capital. The Garonne river, the heart of the city, welcomes walkers on the banks or for boat trips. Everyone can make the quays their own, hoping to witness the stopover of a cruise liner, an “astonishing spectacle” of a giant of the seas in the city center. Reception: At the hotel (if you come with your own car). (At the airport or at the SNCF train station and transfer to your hotel (if you book the coach with our agency). Great guided tour of Bordeaux by coach (Punctuated by small stops to visit certain sites only accessible to foot – duration 2h00 from the hotel) You will discover : All the important sites and monuments of the city as well as the quays with their majestic facades, the avenues with their beautiful mansions, the squares, the bridges and the gates of the city and the cathedral. (Global discovery of the city commented by a guide). Gourmet lunch in a restaurant in Bordeaux (starter, main course, dessert, wine, coffee) Afternoon: Boat trip , commented, on the Garonne (duration 1 hour)

To explore the port of Bordeaux also called Port de la Lune due to its configuration, and read its history on the facades of its quays ( from the stone bridge to the floating basin along all the quays of the city).

Visit of the port de la lune, its history, its rehabilitation. The development of Deux Rives has largely freed the platforms from hangars and cars to open them widely to urban life and walking. For the left bank of Bordeaux, this is the development of 30 hectares of public spaces and the rehabilitation of certain “Hangars” on the banks of the Garonne.

Morning: Meeting in front of the hotel with a tour guide.

Guided tour of “Old Bordeaux”: (on foot) Thanks to an unprecedented economic boom, Bordeaux is XVIII th century a real urban transformation. The prosperity of the city, which attracts an active population from all over the region, as well as traders and shipowners from different European backgrounds, is above all the result of the dynamism of its maritime trade which places it at the heart of international trade. Comments on the privileged place of the city of Bordeaux in the XVIII th century in the kingdom of France by its political weight and the importance of its architectural transformations still visible today. You will discover : The Allées de Tourny and the Golden Triangle; The Quinconces esplanade and the Girondins monument; The Grand Théâtre (facade and main entrance); The Place de la Bourse Guided tour of the Customs Museum: The National Customs Museum presents the history of this administration from Antiquity to the present day by addressing the history of the construction of the French State and its relations with the world. Unique in France, this museum offers an original and unexpected rediscovery of the history of France through that of one of the oldest administrations.

The collections of objects and works of art illustrate the evolution of customs organization, the influence of economic theories on the country, the customs links with the army, the development of the means of transport and contraband, etc. The museum conserves more than 13,000 objects.

Gourmet lunch at the restaurant on the quays of Bordeaux (starter, main course, dessert, wine, coffee).

Afternoon: Guided tour of the Saint-Seurin Basilica in Bordeaux:

The Saint-Seurin Basilica is one of the oldest places of worship in Bordeaux, as well as a place of passage for pilgrims on the road to Saint Jacques of Compostela. Built in the 6th century, then remodeled between the 12th and 14th centuries, the cathedral remains a jewel of Romanesque architecture, despite its apparent austerity. Many elements of Gothic style bear witness to the successive alterations of the building. This site has become a museum which traces the Christian origins of Bordeaux where one can admire in particular Merovingian sarcophagi in marble. The site is classified as World Heritage by Unesco.To see : the statues, the architecture of the building, the tympanum, the Merovingian sarcophagi in marble in the nave. Return on foot to your hotel (10 minutes) Dinner and overnight at the ‘hotel in Bordeaux.

Morning: Discovery of the World City of Wine in Bordeaux

You will enjoy a panoramic view of Bordeaux and discover the wines of the world. The Cité du Vin in Bordeaux has been designed as a site for Unique cultural leisure dedicated to wine as a cultural, universal and living heritage. It offers a spectacular journey around the world, through the ages, in all cultures and all civilizations, in the heart of an evocative architecture. Place of life, place of going out, place of discovery, “La Cité du Vin” wants invite to travel in a world of cultures. Its architecture is a journey in itself, it does not leave indifferent the visitor who perceives it.

Discovery of the “Permanent course”:

You will embark on an immersive adventure and sensory discovery of cultures and civilizations of wine.

Through more than 3,000 m² of free passage, nearly twenty interactive thematic spaces invite you to travel for a unique experience in time and space to meet wine in its deepest diversity.

Throughout your visit to the permanent route, you will be equipped with an audio guide, travel companion and innovative tool available in 8 languages, allowing you to explore the route at your own pace in s ‘adapting to your profile.

The visit of the permanent route includes access to the belvedere of La Cité du Vin, where you will discover Bordeaux in 360 ° while tasting a glass of world wine (5cl) .NB : Ticket reservation and tasting included in the price of the stay but the visit takes place independently with audio guides in 9 languages. (Duration of visit: around 3h00). Free lunch (various possibilities within the premises of the Maison des Vins). Return on foot or by tram to the hotel. Baggage claim. Option: Coach transfer to the airport or SNCF train station (If you do not have your own coach and depending on your departure time).

Accommodation in 2, 3 or 4 star hotels. Full board or half board

From very small groups to very large groups (depending on your request).